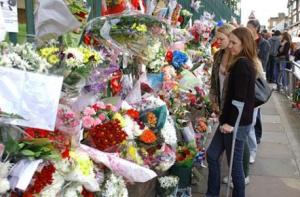 I don’t normally write posts such as this; and indeed I have been putting it off for nearly two weeks for a couple of reasons. Firstly, it means entering into the murky world of politics, and secondly, I’m not 100% certain that I can write this article from the standpoint of an observer as opposed to one who is passing judgement. But, I feel that it is the right thing to do so here goes.

At the time of writing it is now two weeks to the day since a young soldier was hacked to death in broad daylight in close proximity to the army barracks in Woolwich, South East London; the same barracks where I did my basic training as a Royal Artillery soldier in 1976/77. This appalling atrocity was perpetrated by two fanatical extremists who had been apparently radicalized by what the British press likes to refer to as “preachers of hate”. I will not refer to anybody involved in such a despicable act as a Muslim because it is an insult to Muslims the world over to be compared with such people. However, the two perpetrators claimed to have carried out this act in the name of Islam. The unfortunate thing in these situations is that it gives vile organisations such as The English Defence League (EDL) and Muslim haters in general a reason to crawl out of their cesspits and spew their own brand of bile. The last time I looked there had been over 160 reported reprisal attacks on Muslims and mosques; this includes at least two attempts at burning mosques down.

The likes of the EDL do not have any place in society. The motives for their actions are so blatantly racial and their members appear not to share but one brain cell between them. Correct me if I’m wrong, but when the IRA carried out a sustained campaign of terror over several decades, during which hundreds of people were killed and maimed, nobody went around torching Catholic churches did they? After all, the IRA were apparently representing the Catholic community of Northern Ireland, and when they started blowing up mainland Britain, surely that would have given justification to the torching of the odd Catholic church here and there. Wouldn’t it? 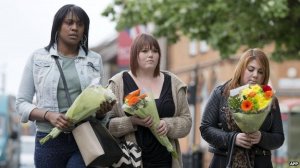 I am actually writing this article as someone who is quite disturbed. Disturbed by the fact that in 2013 a young man can be hacked to death on the streets of the country in which I live, after the perpetrators first of all mounted the pavement in their car and ran him down. Disturbed by the fact that in 2013, organisations such as the EDL are able to operate quite legally in the country in which I live. Within hours of the incident the EDL were on the streets of Woolwich stirring up their own brand of hate.

From a spiritual perspective these incidents always remind me of the Law Of Reflection, or “As Within, So Without”. It gives us a chance to see first hand exactly what is still going on within the collective heart of mankind. Heaven help us!

4 thoughts on “Britain’s Got Rabies”