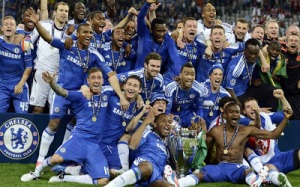 Yes, it really is official; dream premonitions ARE linked to the beautiful game! As the new footie season has recently begun I thought it would be appropriate to write a related article, which of course will be based on my actual experiences, so here goes.

I recently had a dream that my beloved Chelsea FC had reached The Champion’s League final again and were pitted against the old enemy Manchester United. No Chelsea fan will ever forget how our hearts were broken in Moscow, when Manchester United beat us by way of a penalty shoot-out, in the 2008 final. In my dream it was thought that Chelsea had won, but somehow there had been another penalty shoot-out and the Super-Blues were beaten once again. I woke up feeling rather disappointed but soon forgot all about what I thought was “just another dream”. However, little did I realise at the time that I had actually had a premonition of The European Super Cup final that took place a few weeks later. For the benefit of the uninitiated I shall explain.

The European Super Cup is an early season (some say pointless) match between the winners of the previous season’s Champion’s League and The Europa League. They can be played out as quite tame friendlies but this season it was slightly different. Chelsea had entered The Eoropa League by default, having been eliminated from The Champion’s League after performing miserably during the group stages. However, they ended up winning the trophy. Chelsea’s opponents were Bayern Munich, currently considered to be the best club side in the world, who were last season’s Champion’s League winners. Bayern were desperate for revenge, having been beaten by Chelsea on penalties in their own stadium, in the 2012 Champion’s League final. So, it ended up being quite a feisty encounter and a wonderful game of football. 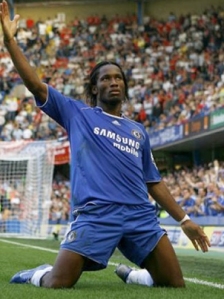 Chelsea took the lead with a fantastic strike from Fernando Torres and led until the 53rd minute when Frank Ribery scored with a rocket from outside the penalty area to equalise. A few minutes before the end of normal time Ramires was sent off for a bad tackle so Chelsea were down to 10 men and facing a battering from Bayern. Miraculously, Eden Hazard put Chelsea ahead after a few minutes of extra-time, and there then followed a backs-to-the-wall performance of gargantuan magnitude in an effort to hold onto the lead. But with about 20 seconds of the game remaining a cross came over into the Chelsea box, the ball ended up at the feet of Martinez who poked it past Peter Cech. When the ball went in the net there was probably 10 seconds remaining at the most, so there was no time to kick-off again and the game went to penalties. Poor Romelu Lukaku shot tamely at the keeper with Chelsea’s fifth penalty and Bayern were the winners. Now back to this business of premonitions…

Because the opposition team in my dream were wearing red shirts I’d just assumed it was Manchester United. However, Bayern Munich also play in red. Then “it was thought that Chelsea had won, but they lost on penalties“. Exactly that, with literally seconds to go it seemed impossible that Bayern could snatch victory from the jaws of defeat; but unbelievably that is again exactly what happened. It wasn’t until a few days ago that the realisation hit me that my dream had been a premonition of The European Super Cup final. But this is not the first time I’ve had a footie dream premonition. 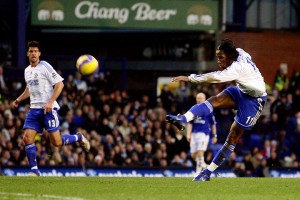 Drogba again (now of Galatasaray) I just love that bloke!

Back in February 2000 Chelsea were away to arch rivals Tottenham Hotspur in a Premier League match. At the time I was living in Swindon and during the early hours of Saturday morning, February 5th, I had what seemed like a very short, but really weird dream. It was just a screen with white lettering on a blue background. The text said “Tottenham 0-0 Chelsea”. I didn’t read too much into this but thought possibly that I had been given a sneak-peek at what the final score was to be. As was the norm back then on a Saturday afternoon I went to the gym, where I could also keep up to date with all the football via the TV screens that always showed Sky Sports News. When I’d finished in the gym I stopped in the bar on my way out just so I could check the half-time scores on the TV. On a blue screen with white lettering it said “Tottenham 0-0 Chelsea”. The penny dropped that this was exactly what I’d seen in my dream.

If only I’d had the presence of mind back then to nip into a bookies and place a bet on what the half-time score would be, because ironically, Bernard Lambourde scored for Chelsea in the second half to give the Mighty Blues a 1-0 victory. I say “ironically” because Lambourde’s goal was not only extremely lucky in that he bundled the ball over the line with his shoulder, but in his entire Chelsea career he only scored two goals and that was one of them.

Anyone else ever had any sporting premonitions?

5 thoughts on “It’s Official! There Is A Link Between Footie And Dream Premonitions!”