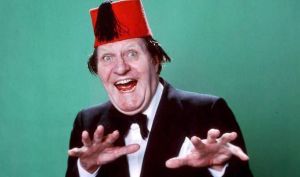 The remainder of the nineties up to the year 2000 were a very crucial time for me. They brought me a lot of pain, but they served as the springboard for greater things. It was in 1993 that I put an ad on the notice board at work stating that I was looking to rent a room or flat somewhere. One of the supervisors approached me and said he was looking for a lodger. I won’t mention his name for reasons that you will understand in due course, but he was a bloke that I got on well with and he had a reputation for being, “one of the lads”. He lived in West Swindon and in no-time at all I was moving out of my mum’s for the last time.

We got on great, having similar tastes in music and alcohol. He was also able to get hold of cannabis; combine that with my new-found hobby of making my own beer and we had a situation that was doomed right from the start. There were all-night drinking sessions and other goings on; our antics even managed to annoy the next-door neighbours, whom we both got on extremely well with. It was mainly our habit of deciding to go out into the garage after midnight to play the vinyl 45 version of Purple Haze by Jimi Hendrix at a rather loud volume.  You see, the stereo system in the living room had no turntable, but in the garage my partner-in-crime had an old system that we were able to play vinyl on. The wild times endured for a few months, but the cracks were starting to appear and I saw the writing on the wall. It was mainly due to my friend’s rather complicated personal life, which only seemed to get more and more complicated as the weeks went by. My emotional pain was very evident too at this time and I would have episodes of deep blackness, which would not go away regardless of how much I drank.

In the May of 1993 I took myself away on a holiday to Turkey. I liked the country so much that within a few days of getting back I’d booked up to go there again in six-week’s time. My friend decided he wanted to come with me, so he booked up too. I’m no saint, but my friend’s behaviour was extremely embarrassing from the time we set off right up to the time we got back. For some reason, he felt the need to be extremely loud in public places; even in the presence of young children, and his behaviour in general was at times rather strange to say the least. Within the first few days after we arrived back home, certain things happened, which resulted in him making a spur-of-the-moment decision to go and stay with his ex-wife. He told me he would probably be back the next weekend. During that week I was on a late shift and I came home one evening to the sound of music playing as I opened the door. It was a particularly doleful song by Annie Lennox; the name of which escapes me. As I entered the living room I saw my friend sprawled out, face down, on the couch and a near empty bottle of bourbon on the floor next to where he lay. I smelled a rat and went out to the kitchen to find a suicide note on the worktop.

I was angry; it was as though he knew I was on a late shift and did this knowing I would find him. I did not ring an ambulance immediately; I was too angry. At some point I decided I should ring one, so I called 999. I waited outside for the ambulance and within no time it arrived. However, in between me making the call and the ambulance arriving, my friend came-to. He staggered outside asking what was going on and I just ripped into him for putting me in this situation. He was taken into hospital and eventually he went into the mental health hospital in Devizes, Wiltshire. For the next few weeks I was in the house on my own. I looked after things for him, but at the same time I knew I needed to get out. It was while I was taking care of the house that I found out that my friend had played his suicide “trick” several times in the past. Another friend at work, Mark, said his mother had a spare room that I was welcome to use as a stop-gap. I most gratefully took up this offer. After living with Mark’s mum for four weeks, I moved in with a family friend of their’s who happened to be looking for a lodger. One rather amusing thing happened during this time that I will share with you.

I had bought a fez whilst we were in Turkey, and any Brits reading this will know that a fez was one of the trademarks of the late British comedian, Tommy Cooper. I went to visit my friend one day while he was being treated in Devizes. I turned up wearing the fez; I wanted to put a smile on his face. It did the trick and we laughed about it months later, saying that I was lucky they didn’t keep me in.

Eventually, the dust settled, my friend came out of hospital and started to get his life on track again. We met up a few times when he was well again but our friendship dwindled and we went our separate ways. My latest abode was in the Penhill area of Swindon, which was considered, wait for it….. a rather dodgy area. However, any place is what you make it; my new landlady was OK and so were the neighbours. It was a fair distance from work but I had acquired a car again just before moving to West Swindon, so that wasn’t a problem. I plodded along for the next couple of years getting more and more disillusioned with my brain-numbingly boring job at the Royal Mail. Then something happened that gave me an idea. My nephew had moved to Swindon in an effort to get away from the drug scene in London. However, he simply replaced the London drug scene with the Swindon drug scene. He eventually had a mental break-down and was admitted to the most horrendous mental health institution, Seymour Clinic, in Swindon. My brother’s ex-wife also moved to Swindon in an effort to supervise her son’s recovery. It was during a conversation with her that I had an idea.

She told me that she was a student, studying politics. She was slightly older than me, so I thought that age really isn’t a barrier and it would be a great idea to try something completely different. Being a music enthusiast, I’d been practising guitar for a few years and decided that I would do some kind of music course. I made some enquiries at New College in Swindon and realised that I would be letting myself in for a really difficult time. But the atmosphere amongst the performing arts students was so infectious that I got to thinking that there must be some way to achieve what I wanted. I decided to throw caution to the wind; a Popular Music course was to start at the college in September 1995, which marked the new academic year and I signed up for it. A few weeks before I was due to start I received a letter saying that due to low uptake the college was no longer running popular music, but… they were running a BTEC Performing Arts course, which contained musical elements and would I like to transfer onto that. I decided to go for it and gave my notice in at the Royal Mail.

During the last couple of years me and Gillian had got back together on numerous occasions, but she eventually followed her sister and moved up to Binbrook to be near her parents. Now at the age of 40 I was a full-time performing arts student at a sixth-form college in Swindon, surrounded by teenagers. I really didn’t know what I was letting myself in for, however, it was during my time at New College that I finally discovered why I had been experiencing such deep emotional pain for so many years.

Part Fifteen will be with you before you know it!!

2 thoughts on “Who Am I? Part Fourteen”