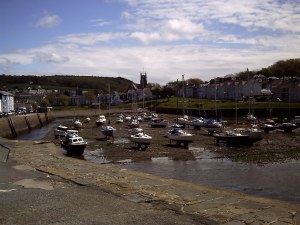 I’ve been back from my working trip to West Wales for just over a week now and thought it was about time I checked in. Ah.. the trip; well, it started off quite spectacularly; during the early hours of my first night there I had two (yes, two) out-of-body experiences AND a visitation from Swami, Sri Sathya Sai Baba. It was quite unexpected to embark on astral adventures, especially during the first night, but they were not the kind of adventures that I felt necessary to write about. The second one in particular was a little strange to say the least, but neither held any significance for me, hence I decided to confine them to the annals of time. However, it was lovely of Swami to pop by.

I’ve got an article brewing in my mind for publication in the near future, but what I want to particularly share today is, for me anyway, what really makes being an author worthwhile.

Being an author can be a frustrating old life, but somehow, we simply keep going; even if we do take the odd sabbatical here and there. The other day however I got a real boost. A lady thousands of miles away in America contacted me and told me my books have put her son back on the right pathway. She said that he was going in the wrong direction until he read my work. She went on to say that I am an inspiration to them both. Then, later the same day I received an email from a man much closer to home, although I have never met him, who told me he had acquired some of my books via his mother and that they had helped him greatly. He asked permission for a poem that is in one of my older pieces of work to be copied and read at a friend’s funeral. I was more than happy to allow this (I’m sure most people wouldn’t have bothered to ask!)

It just goes to show, that sometimes we question ourselves and wonder if we are doing the right thing; and all of a sudden we get confirmation that we are! It is a really great feeling to know that I can make a positive difference, through my work, in other people’s lives; and little things, like those two messages, really are what being an author is all about.

By the way. The photo is of the harbour at Aberaeron; I took this pic on a previous trip a couple of years back.