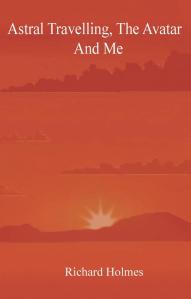 I mentioned in a post a few months back that I was going to revisit some older writings; the reason being that in the last year or so I’ve acquired many new blog followers who will not be familiar with my earlier work. The story I’m going to share with you first appeared in my book, Astral Travelling, The Avatar and Me, which was published in 2009. That book is now out of print, but a second edition was published in early 2013 with a new title, The Amazing Journey, and an extra chapter. Obviously, the account posted here is not a word-for-word repeat of what appeared in those two books, but rather a brand new post specially written for the blog. I hope you enjoy it!

Swami first came into my life in 2001 and things have never been the same since; well you wouldn’t expect them to be, would you? In 2003 I had it in my head that I was going to go to Prashanthi Nilayam, but Swami obviously had other ideas and my life went off in another direction. However, cue 2009 and I received the inner calling from our beloved Lord; and what followed was a truly amazing and somewhat surreal experience.

I managed to get a really cheap direct flight from Heathrow to Bangalore and my Sai brother, Satyan, arranged a taxi for me at the other end. My other friend had said that I could stay at her flat in Swindon the night before my departure as it was much easier for me to travel from Swindon than where I live in Tetbury. So all was going to go swimmingly well, wasn’t it? Well wasn’t it? I think you know what is coming next. Yes, correct! My idea of a plan in no way resembled the plan of Sri Sathya Sai Baba. So, my dear readers sit back, relax, fasten your seat belts and enjoy the ride…

I’d had to sleep on the floor in the living room of my friend’s tiny flat, which wasn’t a problem at all, but I suppose coupled with the excitement of the journey, I had no more than two hours sleep. I had a wonderful flight; it was my first long haul and I was very pleasantly surprised how enjoyable it was, but I had no sleep on the plane either, for no particular reason; it just didn’t seem to happen. So by the time I landed in Bangalore I’d had about 2 hours sleep in the last 48, but no big deal; after all, everything was going to go swimmingly, wasn’t it?

I exited the airport at around midnight local time, and I soon realised (to my horror) that in amongst the throng of people waiting at the exit for passengers, and who were holding up signs with the passenger’s name’s on, there was no one holding up a sign with my name. My fears were soon confirmed when in a fairly short space of time I was the only person left waiting at the exit. “Billy-No-Mates Westerner” standing out like a sore thumb, thousands of miles from home! Sure enough I soon attracted attention; from airport security, because no loitering is allowed due to the constant terrorist threats in India, and from local “Del Boy” taxi staff on the lookout for gullible Westerners to overcharge for the journey to Baba’s ashram in Puttaparthi. I think I fitted that bill admirably, I couldn’t have been a better candidate; even if I’d had “mug” tattooed on my forehead! To cut a long story short, I had the mobile number for the taxi driver and the security staff phoned him on my behalf. It turned out that my dear friend Satyan had given him the wrong flight details so he wasn’t expecting me until the next day. He told the security staff that he was “on his way”, but it soon transpired that in India the phrase, “I’m on my way”, means something completely different from what it does in England. I should say before we go any further, that my account of events is quite drastically truncated; there simply aren’t enough hours in the day to add all the minute detail of everything that happened to me. But, nonetheless, I’m sure you will have a good idea by the time this article is finished.

I was told by security that I needed to wait on some benches by a kiosk that was to my left of the airport exit, and the taxi driver would meet me there. Well time ticked by, daylight broke and I was beginning to wonder if my taxi would ever turn up. It got to the point where I got fed up waiting and decided to find my own taxi. Wrong move! Cue Swami and one of his famous leelas. I was immediately accosted by intrepid folk who wanted me to take one of their taxis. Accosting quickly turned to harassment, and with my lack of sleep I soon became hot and bothered; to the extent that I nearly took up their offer until I saw the car they wanted me to travel in. My change of mind made their harassment more intense and I struggled back in the direction of the benches with my heavy bag. Just as I was approaching (taxi folk in hot pursuit) I saw a man waving at me; he was also clutching a piece of paper to his chest. As I got closer I breathed a sigh of relief when I noticed the words “Mr Richard” written on the aforementioned piece of paper. My taxi had arrived. I’d exited the airport at midnight; it was now 07:00 am!

It soon became very clear that the whole business had been engineered by Swami. Had there been no mix-up I would have travelled to Prashanthi in darkness; and thus would have missed all the wondrous sights that now unfolded before my eyes, like a play; being acted out scene by scene in accordance with a script that had been written with meticulous precision. It was my first trip to this amazing land and in the three and a half hours or so it took for us to arrive at the ashram I must have witnessed virtually every single aspect of Indian culture.

I saw Red Kites flying gracefully above; I witnessed the colour and the bustle of the small towns and villages we passed through, bullock carts sharing the roads with the cars and trucks. Unfortunately, not everything I saw was welcoming to the eye, such as the poverty; I’ve never seen anything like it in my life. However, the most distressing sight that I saw was when we passed through one small town and I saw a group of women in the back of a smallish open-backed truck. At first glance they reminded me of cattle that had been herded onto the back of the vehicle. There was a man standing on the running board at the back berating one of the women, and as we drove past he struck her. I couldn’t believe my eyes; but the look of pain on the woman’s face confirmed that I wasn’t dreaming.

After stopping for refreshment in the town of Chikkaballapur we arrived at the ashram gates at 10:30 am. Taxis are not normally allowed in but the driver explained to the seva dals (stewards) on the gate that I had never been to Prashanthi before, so he was permitted to drive me up to the accommodation office. By now, my head was in a spin, due to a combination of having had no sleep, for what seemed like a lifetime, and the incredible sights I’d seen en route from the airport. The sun was beating down now too and for the first time I was experiencing the incredibly fierce Indian heat. I’d worn jeans for the journey and spilt coffee down them on the plane; needless to say, as well as feeling as though I was being cooked in the thick denim the odour from the coffee stains wasn’t exactly pleasant on the nose either.

Little did I know that my adventure was barely beginning, and in Part Two, I will share with you how Swami reduced me to zero before picking me up again and showering me in his grace. 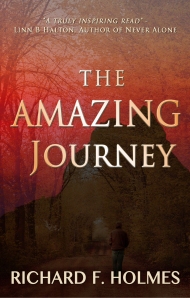