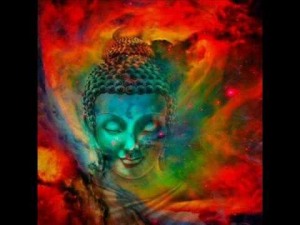 Just prior to moving into Sad Steve’s place, another friend of mine, Rob, approached me and said he was looking for a lodger. I told him that I was looking to move, but after we agreed that I would rent a room from him, he had big problems in his personal life and it all fell through. However, it would rear its head again before long. So, I was doing well in the spiritual development group in Gloucester and I had moved into Sad Steve’s house. So far, so good.

Another friend of mine, Jacqui, that I knew from working on the call centre, had left the company, taken her kids and moved to Swansea to do a university course. Jacqui was a single mum and I’d always admired the way she took life by the scruff of the neck every time it tried to batter her down. We had got on well and kept in touch, and we had arranged for me to go and visit her; it was during the time in the UK when we have three bank holidays in quick succession, but I can’t remember which particular one it was. A day or two before I was due to set off, I had a phone call from John Geis. He asked what I was doing on the coming Saturday at around 11:00 am. I said I was going to Wales; why? He said he wanted me to come to the centre because they “wanted to bring me on spiritually”. I thought, “how convenient”, I had to drive right past the centre on my way to Swansea. I felt rather pleased with myself; I was obviously doing so well in the group that they wanted to elevate me to new heights. Well, it wasn’t quite like that…

When I got there I was ushered into the healing room, where I saw four chairs arranged in a circle. There was John, his wife Sue, and another lady who had been going to the centre for a long time. We sat around in a circle and John laid it on me. There had been a healing workshop at the centre a few weeks previously, and a lady that I’d worked with during the course of the day had told John and Sue that she’d felt something really negative around me. John and Sue have ways of investigating these things and they proceeded to tell me that I had several negative entities attached to me. They also explained the implications and went on to say that in all likelihood, they had been there for many years. It explained so much. This would have contributed greatly to the terrible depression that I experienced; it explained not being able to get to sleep during my darkest times, it explained the intensity of the pain I experienced and it also explained how my mood could change so quickly. These are all classic symptoms of entity attachment. People who don’t understand the concept of having entities, either attached to a property or a person, tend to call these things poltergeists or evil spirits.

It seems I’d been summoned in order that John, Sue and the other lady could carry out what we call “rescue work”. In other words, they would remove the spirit attachments and send them back to the light in order that they too could carry on their spiritual journey. Religion tends not to understand this kind of thing and still employs the extremely cruel and outdated method of exorcism. Exorcism simply invokes horrendous energies that chase the “stuck” soul away. Exorcism does not guide lost souls back to the light, so all that happens is that they end up somewhere else and have to start all over again. Normally, if an entity is in a house and causing ructions, it’s not because it’s evil. It’s simply trying to attract attention because it needs help. Of course there are exceptions to the rule, but that is a story for another day. It was an interesting experience, which once commenced, was over quite quickly. This was yet another step forward.

Some weeks later it emerged that there was another stage of cleansing that I had to go through that would finally allow me to leave my old sad self behind. This was something that came along unexpectedly and it wasn’t very nice. We were sitting in our development circle one Tuesday night, and during one of our meditations, I had the most horrific experience. It is not relevant to go into details but I can explain the concept. Imagine that a motorbike has revved up and driven away. The bike is soon out of sight, but you can still hear the engine in the distance, and even as the sound of the engine fades away, you can still smell the exhaust fumes. Well, that is the same principle as what I experienced. I’d had a lot of inner “stuff” dissolved via a combination of the operation in Chelmsford, the removal of the entities and the discipline of attending the development group and my own meditation regime. However, the exhaust fumes of my past were still hanging around; and it was the dissipation of these exhaust fumes that gave me the very unpleasant experience during the meditation. But the blackness from the cesspit that had formed within my soul was now gone forever. I was free from my past.

Before long I started to go out with Sue and John when they were serving Spiritualist churches. I would do the reading, if it was a Divine Service, and also one or two mediumistic messages. Come June 2002 I was out on my own. Then by the end of 2002 I was asked to run a development group of my own in Trowbridge. I was suddenly extremely busy. I was working full-time, sitting in the development group on Tuesdays (except if I had a church booking as a medium), I was running my own group every other Wednesday and I was serving churches at weekends (although it was not every weekend). It was still a very busy life, and in march 2002 another change was instigated.

I was at work one day at the utility company when the phone rang. I was surprised to hear that it was Rob on the other end. He wanted to know what my living situation was. I told him I was living at Sad Steve’s and how it was driving me up the wall. He apologised profusely for what had happened before and said that things had changed and he was looking for a lodger. His relationship had broken up (again) and he wanted someone he knew and trusted. Rob and I knew each other from the gym, we had become friends through our common interest of being fans of Chelsea FC. I accepted his offer. It was again very cheap, although not quite as cheap as Sad Steve and there would be none of this “no visitors after 9:00 pm” rubbish. Living at Steve’s had served a purpose, but it was now time to move on. Living with Rob was not without its problems and in October 2003 I was on the move again. Watch this space; we are heading for some incredible times…