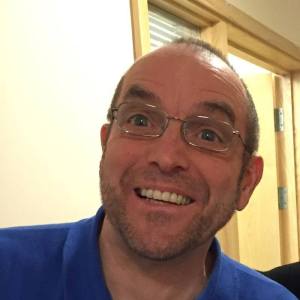 Here is the first part of my story about my own personal journey, as mentioned in my post “What’s Occurring”, from waaaaaaaaay back in January. Just to recap, many of my newer followers will not be aware of the dark place from which I’ve emerged and I thought it would be a good idea to revisit the story but also adding stuff that I’ve not mentioned before..

I was born into a “normal” working class family in Harringay, North London many moons ago in 1955. Throughout my childhood and adolescence I never felt that I belonged anywhere, which wasn’t a very nice feeling, and I was too young and unconscious at the time to understand why. I just wanted to belong somewhere and I would switch from long periods of being quite reclusive, to hanging out with various groups of friends who would inevitably turn out to be the wrong crowd. It was quite hard for me within the family because I was considered to be a bit of an odd ball. I had an extremely difficult relationship with my dad, and it wasn’t until many years later that I understood why he was the way he was. I had a very loving relationship with my mother, although when I reached adulthood, that also became very difficult; albeit for different reasons. Then there was my older brother, who also had a very difficult relationship with our father. We were opposites in every way, and to this day it is extremely rare that our paths cross.

My mother would go to those funny churches where they apparently communicate with the dead, and my dad would laugh at her! I was too young to understand what it was all about back then, but little did I know that many years later I would be spending a lot of my time in such establishments. As I got older I got more and more confused and would often feel the most excruciating emotional pain within my body.

I left school at 15 with no qualifications, and had I not left voluntarily, I would have been removed. I wasn’t bad, it was just that I did not care about school and got involved with the wrong crowd. As a result I did very little school work, and just spent my time engaging in pranks. By the time I was 17 I’d had 24 jobs; I thought it was clever to be in and out of work so I counted them…

My parents were in despair and there was constant friction between me and my dad; as I got older I resented him more and more. The friction between us was exacerbated by the fact that I was now old enough to understand what was going on in my parents’ relationship. His frequent cheating and bullying completely destroyed any confidence that my mother had, to the point that she became nothing more than a doormat. I’d also started taking drugs, but nothing really hard. I never used needles, it was mainly smoking cannabis and taking a few pills here and there. At this point alcohol didn’t play a big role in my life. But if I was smoking cannabis or “dropping a few tabs”, several bottles of strong beer (it was Barley Wine back then, vile stuff!) helped things along very nicely, thank you very much!

When I got to about 17 I started to wise up a bit, and by the time I was 18 my working life became more settled. My jobs were lasting longer, but I was still not good psychologically and I was still taking drugs and drinking a bit more. Just before my 19th birthday I joined Wood Green Karate club (we moved to Wood Green in 1972). It was then that my life started to change. The instructor, a man named John Hawke, was a very big personality and he was the first real role model I ever had. I was a bit younger than most of the other lads, but we had a really good dynamic and for the first time ever I felt as though I had some worth; I felt like I belonged. For a couple of years things went swimmingly well; in spite of the constant tension within the household. I’d stopped taking drugs but social drinking, mainly with the lads from the Karate club became an important part of my life.

Things came to a head again in 1976. I had hamstring problems in both legs, which stopped me from training properly and I became disillusioned with Karate. My emotional pain was as alive as ever, but I was much more sensible than the boy who’d had 24 jobs in two years and I decided I needed a radical change. I applied to join the police force but was declined an interview. I then applied to join the British Transport Police but was also declined an interview. We all thought it had something to do with the fact that my brother had acquired a police record and had served time in young offenders institutes and later he’d served time in prison. So, I decided I would join the RAF and I went down to their recruitment office in The Strand in Central London. I passed all the tests but they had no vacancies for what I wanted to do. Later that night I remembered that I’d seen an army recruitment office very close to the RAF office, so the next day I went back down to The Strand and applied to join the army. I was accepted and after a bit of indecision I opted to join The Royal Artillery.