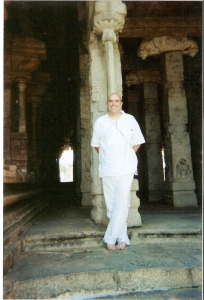 Well, it’s here, the dreaded 21 December 2012, and as far as I can see the world hasn’t blown up; also, as the headline suggests, I am far too busy washing my hair to be able take part in an apocalypse; maybe next time.  Of course, the world never was going to end; it was just a combination of media sensationalism and the thoughts and theories of the misguided that created the whole affair.  In commemoration of this “event”, you may have noticed that I wrote a number of spoof articles over the last few months, with equally spoofed headlines.  For those of you who maybe didn’t understand what was meant by these articles, it was just my way of expressing how ridiculous I felt the whole idea was.  Oh, by the way, the Corgis are back at work now; they opted for a compromise, the matter has been put to kennel, and militant NUC leader, Ruf Growlington has gone back to Newcastle.

I would now like to take this opportunity to put the lid on the 2012 thing and to give my final views.

There has been a shift, but it is subtle and ongoing.  Personally, I have never bothered to read up on the whole Mayan Calendar thing, but I would stake my life on it that the Mayans, at no time, said that the world would end on 21 December 2012.  We know that creation is a series of cycles and 21 December 2012 simply heralds the end of the current cycle.  People all over the planet have been experiencing a spiritual awakening as we enter the next phase, but we are all at different stages of evolution, therefore we will not all experience the same thing at the same time.

I consider myself very fortunate to have been on the planet at the same time as The Kali Yuga Avatar, Sri Sathya Sai Baba, and even more fortunate that Baba made himself known to me and allowed me to experience him in the way that I did.  Now, as the new Golden Age dawns and religions continue to compare Gods, in an effort to see whose God is best, and bickering within individual religions continues between the different factions, the underlying fundamental principle of spirituality remains the same:

There is only one religion – The religion of Love,

There is only one language, The language of the heart,

There is only one caste, The caste of humanity,

There is only One God, He is omnipresent ~ Baba

The reason for human birth remains the same; to realise the Divinity within ourselves and others.  But as man-made religion has made the spiritual pathway so complicated over the years, Baba with his simple teachings gives us a very straightforward path to Self-realisation.  For all of you spiritual aspirants out there who may come across this article, here is your simple formula for spiritual awakening.  So, if you follow this formula and at the same time “see good, do good, be good, NOW” you won’t go far wrong.

Start your day with Love,

Fill your day with Love,

Spend your day with love,

End your day with Love,

This is the way to God ~ Baba

Seen on a notice board in Tetbury today…

Bunker (may need a bit of an airing) – Excellent condition, one previous owner.  Comes with an aeon’s supply of baked beans (ring-pull cans), 750 back copies of The Beano, a torch (batteries included), a CD of Des O’Connor’s Greatest Hit and a partridge in a pear tree.

Reason for sale: The world didn’t blow up…