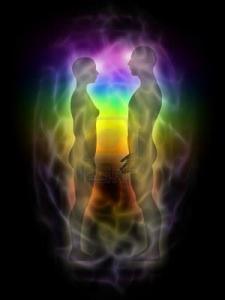 It’s amazing how our views and perspectives change as we evolve through this life. If somebody asked me the question, “the body; real or unreal?” even 20 years ago, I’d have thought they’d been on the funny stuff. I remember when I was completely immersed in the darkness of ego, there was no question whatsoever that the body was real. After all, is it not who I am? Then as I found my spiritual pathway and I started leaning towards the Eastern school of thought, I adopted the view, “the body is unreal, an illusion.”

The only trouble with that is, that I was also leaning towards the view that the body is irrelevant, that it didn’t matter. Of course, this is not true, The body is essential to our experience in the physical because it is the only vehicle available to us. I have now gone full circle, and my statement to you today is, “yes, the body is real,” However, this doesn’t mean that I have regressed back to the darkness of complete unconsciousness. What it means is that my perspective has changed, therefore that statement is made in a different context.

To use an analogy, imagine a play being acted out in a theatre. Imagine all the colourful costumes and scenery, and all the lines uttered by the actors and their mannerisms as they act out each scenario. All of that only happens because they are all bringing the script to life. On its own, the script is inanimate; just words on pieces of paper, just still, doing nothing. But, it is the underlying reality of what is going on during the time the play is being acted out.

We are all acting out the script of Infinite Consciousness, the world is our theatre and the body our costume. Consciousness in its normal state just exists as it is, in eternal bliss. But when it veils itself in ignorance on this dreamland stage that we call the world, it dances out its story; it gets to know itself in its own experience as opposed to the eternal emptiness that just contains possibilities; albeit, an infinite amount.